A member of the greatest generation, Commissioner Louis P. Savinetti has attained yet another rare milestone…that of being an active and productive Water Commissioner at age 90. With 38 years of service to the Locust Valley community under his belt, and a charter member of the NSWCA,  Lou has no intentions of slowing down.

Since 1979, he has overseen the widespread changes in the north shore communities that the Locust Valley Water District serves, including Locust Valley, Lattingtown and areas of Mill Neck and Matinecock.

Keeping an uninterrupted supply of high quality water regularly flowing for the fast growing area has involved knowledge, expertise and the design and implementation of a preventive maintenance program for the infrastructure of the District. With the responsibility of 56 miles of interconnected pipeline, six deep wells, nearly 550 fire hydrants, and two one-million gallon storage tanks, that’s no small task. And infrastructure needs change all the time as population increases and infrastructure ages.

The Winds Of Change

“Some of our infrastructure has been in place since the District’s founding back in the 1920s.” Commissioner Savinetti stated. “One key issue has always been prominent is meeting the rapidly growing public demand for water within our District as residential development increases. Compliance and other regulations also continue to develop. 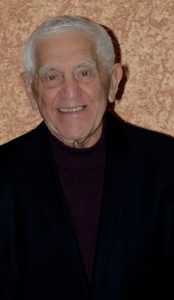 “Some of our infrastructure has been in place since the District’s founding back in the 1920s.” Commissioner Savinetti stated. “One key issue has always been prominent is meeting the rapidly growing public demand for water within our District as residential development increases. Compliance and other regulations also continue to develop. For example, the New York State Department of Environmental Conservation (NYSDEC) has mandated that all public water suppliers make a concerted effort to encourage consumers to use less water. Today, close to two-thirds of total water usage in our District usage is for irrigation, principally of lawns. This is very likely representative of most Nassau ad Suffolk communities. We have always been cognizant of the need for conservation at the Locust Valley Water District, and we will further educate our consumers to achieve all goals on this key issue.”

Up Close and Personal

Lou’s personal history is as impressive as his oversight of the District along with his fellow Commissioners. During World War II he volunteered and served his country in the U.S. Navy aboard the aircraft carrier USS Kearsarge. Drafted into the U.S. Army in 1950 during the Korean War, he served in Korea until 1952. After discharge, Lou was a the Teamsters Union shop steward for 20 years and then worked on many sewer and drainage projects throughout Nassau County. He retired from the Nassau County Department of Public Works in 1991 as a civil engineer.

A lifelong Locust Valley resident, Lou Savinetti has always given back to the community, including 25 years as a volunteer football and baseball coach for the Grenville Baker Boys’ and Girls’ Club boys’ baseball and football teams where he helped to shape a lot of lives. An 50-year active member of the Locust Valley American Legion, he has, along with Alice his wife of 65 years, been a member and volunteer for the Senior Club as well as other local community organizations.

We, your fellow Commissioners, Superintendents, associates, and friends thank you Lou, for your many years of dedicated service to the Locust Valley Water District, the community, the industry at large, and especially to our great nation.