The distinguished accomplishments of one of New York’s leading experts on water supply, conservation and sustainability were further memorialized by a host of dignitaries with the official dedication of the Nicholas J. Bartilucci Administration Building Operations Complex, 125 Convent Road, in Syosset, New York, by the Jericho Water District (JWD).

The late Mr. Bartilucci, a Jericho Water District Commissioner for more than 45 years and a founding member and past President of the Nassau-Suffolk Water Commissioners’ Association, was a recognized industry spokesperson whose expertise and leadership were relied upon by water providers, consumers and governments alike. 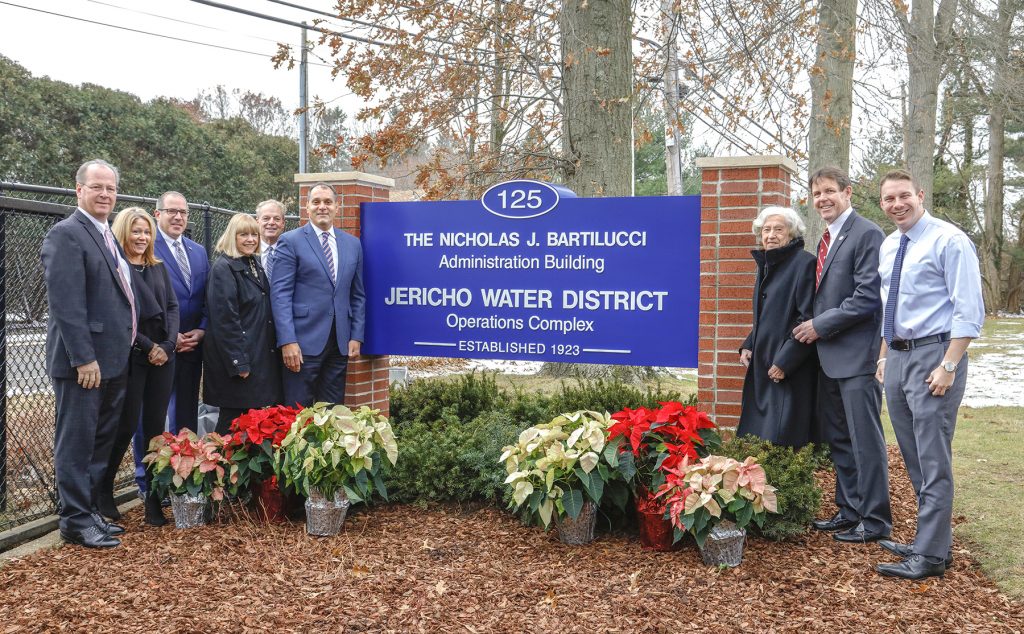 Commissioner Thomas A. Abbate, Chairman of the Board of the Jericho Water District, hosted the ceremony and JWD Superintendent Peter Logan spoke on behalf of the District and Commissioners James Asmus and Patricia Beckerle.

The Reverend Michael T. Maffeo, Pastor of St. Edward the Confessor Church (Syosset, NY) gave a blessing as new signage marking the event was unveiled. Town of Oyster Bay Supervisor Joseph Saladino spoke and presented a proclamation to Mrs. Joan Bartilucci which cited her and Mr. Bartilucci’s contributions to the Long Island community and beyond. 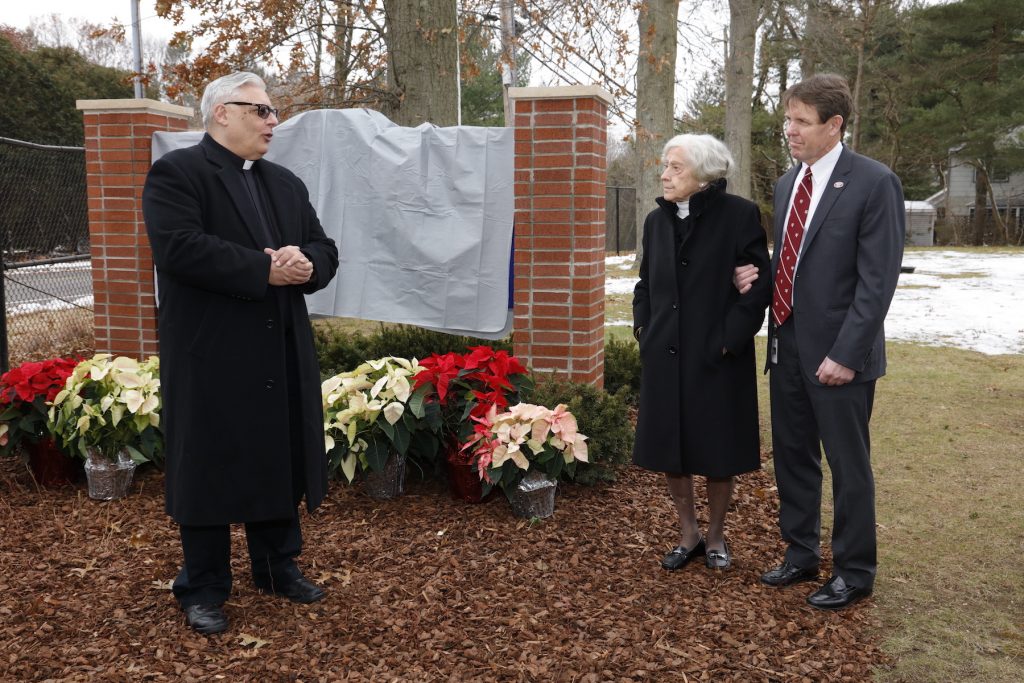